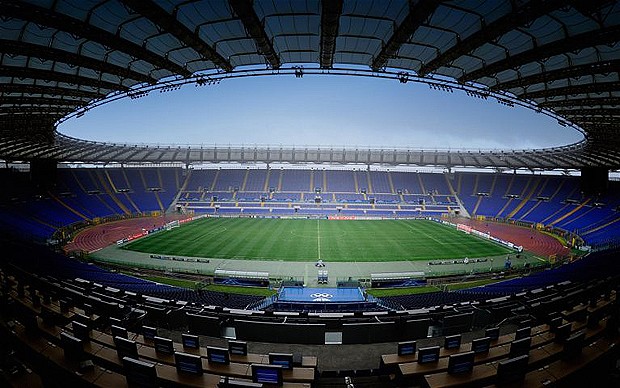 It is very passionate and satisfactory to write about such a great theme. Football derbies is something unique, something of its own, something that has to be felt. When the years are passing, you analyze and see that this is not just a religion, this is something bigger that the fans, players , presidents of clubs and teams, it is an internal love and insomnia.

I will start with the insomnia. Most of the ultra fans, before such games of grandeur and glory, do not sleep for a week or even for a whole month. Can you imagine what power and energy it is ? You think how to make better choreography, how to sing more, which , what and how many numerous banners you will wave during the match? There are many questions and one determination and moving power – the ultimate and after every single derby, growing love to the team of your heart.

It is a theme that will have no end , this is just the first article. As you perfectly now on every continent, in every country , in every town or city there are derbies, clashes, rivalries . In future, I will do my best and to have a post on one of the most intense, dramatic and not-normal derbies from all around the world. I will just mention some , with the promise of mine that in the near future , there will be specific and detailed article about the most popular ones:

1. Lazio –Roma : this is the battle for the eternal city . Whole Rome is becoming like a boiling pot, days before the derby is coming. There are clashed among the ultras of both teams, also too many police forces are concentrated in the hot points in the capital of Italy.

2. Partizan – Crvena Zvezda : the battle for Beograd. When these two opponents are playing , it is like a war. They also compete in basketball. In basketball halls , the football ultras usually support their teams, and some of the times the games got postponed, because of different reasons, as you can imagine and predict.

3. Levski – Cska : this is the Bulgarian derby , which also gains and concentrates lots of energy and power in the capital of Bulgaria. One of the teams was created 34 years before the other. The other one was created by the communist party , and their color is red. The eternal fight between ” blue” and ” red” ideas is definitely seen , shown and performed here, on this stage. From 09 September 2015, the red team does not exist anymore, there are many teams with this name now. The one who is playing in BG premier league is Litex – Etropole.

4. Dinamo Zagreb – Hajduk Split : this is definitely the most intense and passionate derby of Croatia.Dinamo is the better team now, from 5 and more years. If you go to this marvelous country you can see graffiti of the two most powerful fractions of both rivalry teams : Bad Blud Boys and Torcida Split. When the derby is on its way, police forces are very careful, because there are many fights between the fans.

5. Boca Juniors – River Plate : this is something from another dimension. Because of the hot blood of Argentinians , there are people killed, when those opponents are playing. I remember a video, I saw in the net , in ” La Bonbonera” . The fans of Boca where singing, jumping and lightening torches  an hour or an hour and half before the start of the game. They are totally mad.

6. Olympiakos – Panathiniakos : it is the battle for the capital of Greece -Athens. It is one of those games, which you should go and feel. I had e friend , who explained me in details what is to be on one or the other side , and what is total madness , and people devoted to their eternal and forever burning love for their local team.

7. Real Madrid – Barcelona: this is something immense . It started with a political ideas , and opponents where on the the total different positions. The team from the capital, the royal one, and on the other hand Barselona , who always wanted their freedom i.e they made a referendum to get excluded from the borders of Spain and wanted to create separate country – Catalunya.

8. Zenith St. Petersburg – Spartak Moscow : it is something huge . It is a rivalry with 300 of years lasting. Saint Petersburg was the old capital of Russia . Here we have again the opposition of right and left ideas, the blues against the reds. It is one of the most fierce derbies in Eastern Europe.

9. Flamengo – Vasco da Gama : it is something that arranges the whole nations, also knows as the derby of the millions ( because both teams have the largest fan masses in Brazil). When we speak about South America , it is something beyond any one imagination.

10. Benfica – Sporting Lisboa : it is the derby of the capital of Portugal – Lisboa. Here there is a common thing as in South America : fans are making noise all the 90 minutes , before the games , and it is like you are in the middle of celebrating of Chineese New Year . It is amazing.

11. Arsenal –Tottenham , Chelsea – Manchester United , Manchester United – Manchester City, Liverpool –Everton,  Birmingham –Aston Villa. Actually in UK there are plenty of derbies and it is great to what a games like this, not only in Premier League , but also in the lower divisions.

12. Borussia Dortmund – Shalke 04 : it is the derby of Ruhr. Both teams are from that region, and have one of the most passionate, powerful and mad fans in Germany. I have to add here the rivalry between Dortmund and Bayern Munich. It is on Euroean stage and also on local German one. The team that can beat Bayern in every single game , no matter of the tournament is Borussia Dortmund( you all remember the semi-final game for DFB Pokal, when no one counted Dortmund that have power and mentality to go furhter).

13. Urawa Red Diamonds – Gamba Osaka : we move east to Japan. All I can see is that I am impressed by both teams and the behavior of their fans. When football and passion are going hand by hand, promises for great games and derbies appear on the horizon.

In a conclusion , I want to apologize to those of you , who don’t see their favorite team here . I had written some starting lines for the derbies, which I heard, read and have opinion about. If you have any further proposal , I will be glad to read it.

We are all slaves to one faith, one religion, one passion and one goal: our favorite team to win. But when the adorable team wins in the derby , this is the miracle of all miracles , this is the top of the world . It is indescribable , you just have to go to the game, sing with your friend , wave the banner, light up the torches and shout till you cannot speak , when the winning goal is scored.