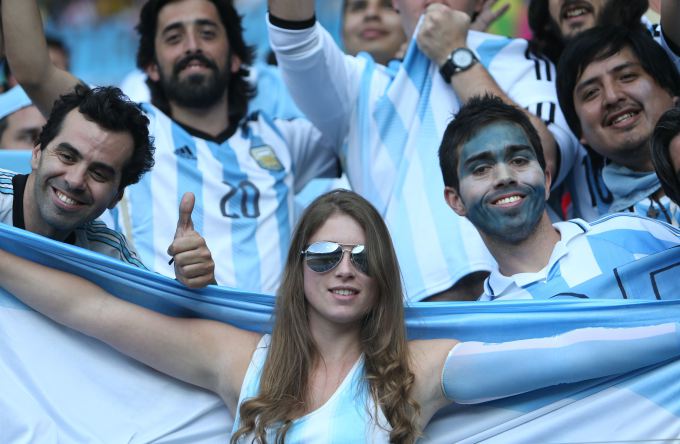 A semifinal to remember is coming in several hours. Argentina have to prove to the world , to their fans and their coach-that they are the best at this moment in the globe.

I have expectations for very good and high scoring game. Brazil are out of the tournament,but Paraguay is not a team who can be easily underestimated. It is time and place for Messi ,Tevez,Aguero and Higuain to show their magnificence and amazing skills.

As a tipster my advice to you is to take the over 2.5 line. Argentina will be pursuiting goal from the very first minute. Also you can do bets on both team to score market. My final prognosis is 3-1 victory for the team ,who was very close to stop Germany in the World Cup Finals previous year.

Have your wonderful day now!

P.S Actually , I was thinking that bet who will stand and will be very particular for this match is Argentina to score in both halves. Usually “gauchos” are use to play very good and high scoring semi-finals on big football forums. The promising fact for high scoring game is the goal potential in the last 4 meetings between the opponents( over 2.5 goals trend). Argentina had not lost against Paraguay for years. Sometimes , what is currently and about to happen on the pitch, is out of maths and stats, but on my opinion as a professional Gerardo Martino, will not let himself and his team , not to go straight to the final, where the brave and devoted team of Chile is expecting them.  All eyes of spectators will be gazed and concentrated to this very dramatic game, hope we will have many nice and profitable emotions.