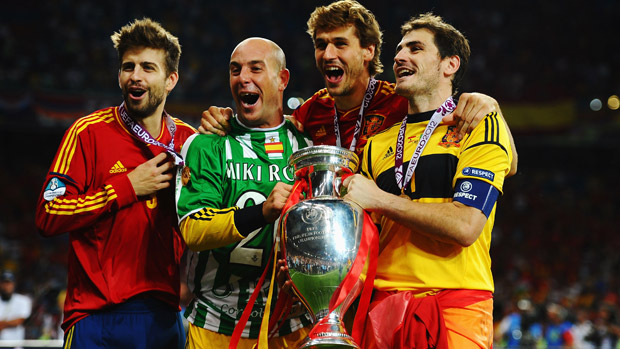 Good day to everyone. I am convinced it will be a perfect one as one f the best games of this Euro 2016 tournament is about to be played later on. Those two teams met in the last final of the European Finals. Unfortunately Italy lost, but other team of Spain was simply hard to be beaten.

You saw and read in the heading of the article – immortal powers.. You may think that this is about the players of the wish for dominance, both giants in sports do have and had. Yes it is also about the spread and immense influence over the fans and normal people. When you say Italy and Spain are playing , you figure out fast in your mind such names as : Casillas, Buffon, Di Maria, Baggio, Baquero, Guardiola, Vialli, Maldini, Donadoli, Paolo Rossi and many other. Not only stars, but players and people who have changed and are currently changing the history of football. Legends and remarkable gladiators, who are ready to die in the football field, but never to surrender ! I also have to admit that most of my favorite players are Spanish and Italians…

When to big armies clash of the football pitch, we have to say few words about the generals. To say something about the cardinals , who are the big minds and emotional hearts of the teams, and personally of each player. I do not know if there was or will be a great team winning anything , without having a remarkable coach :

It will be definitely a hard game and my prognosis as a tipster is draw result at the end and possible penalties. Italian squad knows perfectly well how to defend and not to give any free spaces for the fast Spanish football players. I think as well that game will be under 2,5 goals result, not to forget who are the best goal-keeper nowadays.. We all will hope to watch a brilliant game, even when we are not expecting many goals. When those two teams are playing there is always a great suspense and billions of emotions.

Wish you a wonderful day ahead. Support your favorite team. I will be yelling for the Italians, because one of my favorite players from Lazio is playing there – Candreva. Bye for now 🙂