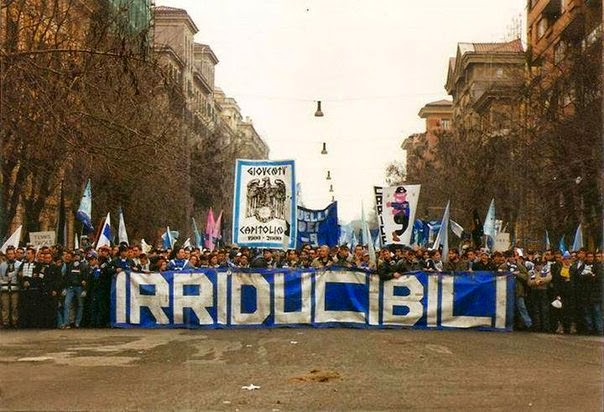 Good evening, dear punters and fans. Good evening, dear supporters who will not be able to sleep tonight. When your favorite team is playing against the local rivalry team, there is no place and time for sleep and rest.

Tomorrow is the 4th of December and two great teams will fight for the grandeur in the eternal city, the capital of former Roman Empire – Rome. Two teams will try to leave all their hearts and efforts in order to have the win. This is not only a game, it is a war.  A war between blue and red, left and right political orientation. It is a battle of an old an ancient team, against some “wolves”, who like to be rewarded with penalties, when there is no other way to win the game or to steal at least one point.

I want to make one clearance, the prince of Rome is Giusepe ( Bepe) Signori. We all know in what times, he played and how many times he was the main goal scorer of Calcio, Seria A. He was and is the one and only- the prince. If Totti got yellow cards for every simulation and arguing with the referees , he would be the prince of the “red” cards….

Let’see and check what betting options we have for tomorrow derby. Lazio is not referred as a favorite, but my prognosis is that they will not lose this game. Bianco-blue are playing perfect and have not lost a game from the last 6 matches  they had played in Seria A. Also they did not win agains Rioma  from 5 games and tomorrow is the perfect time and chance. We will have to pay special attention to Edin Dzeko, he is in perfect shape and scores from any situation.

The joker of Laio is called – Ciro Immobile- small, fast, willing to play and score, running all the 90 minutes, he is like a small rocket , which can hit the target in every second of the game. If Keita Balde and Felipe Anderson have a good day , they can also make ” miracles “.

Why the article is called Irriducibili Lazio? It is called this way because, our friends from Internazionale also have fraction with this name.but the main point is , that we never surrender. The symbol or our team is an eagle. This is the symbol of the Roman Empire and the Ultimate Power and Success.

Success tomorrow will be on the ” blue ” side. Avanti ragazzi. Come on Lazio. Smash the reds. Good night , left side 🙂 Lazio will win with 2-1 result, who will follow this prediction, do it smart and brave 🙂 And do not forget the best bookie in the world and in Italy is  bet365.it