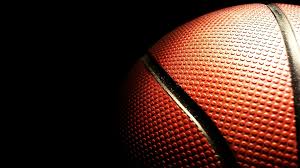 Final four in Madrid is coming soon , 15th of May. There will be 4 of the best basketball teams in Europe in the last 5 years. Cska Moscow,OLympiacos, Fenerbahche and the hosts from Real Madrid.

Real is the favorite , Unibet -2.2 and Bwin -2.25 are the odds of some of the bookies , you already had seen and know not only from my blog.

Real Madrid had not won the title since 1995. They had dominated the tourney so far and the most logical thing will be to have the title. Actually Spaniards have great tradition in this sport. I will just tell you the names of Gasol brother, who wince were youngsters had won everything in their age groups and finally the European title. For the Olympics and the World title they were stopped by the Usa Dream Team.

What do you know about Madrid ? It is the capital of one of the largest empire, it has many colors and also many cultures and different people live there. I have been to Madrid severals years ago and I could say ,it is a marvelous city.

We will see a great games and many emotions at Palacio de los Deportes.