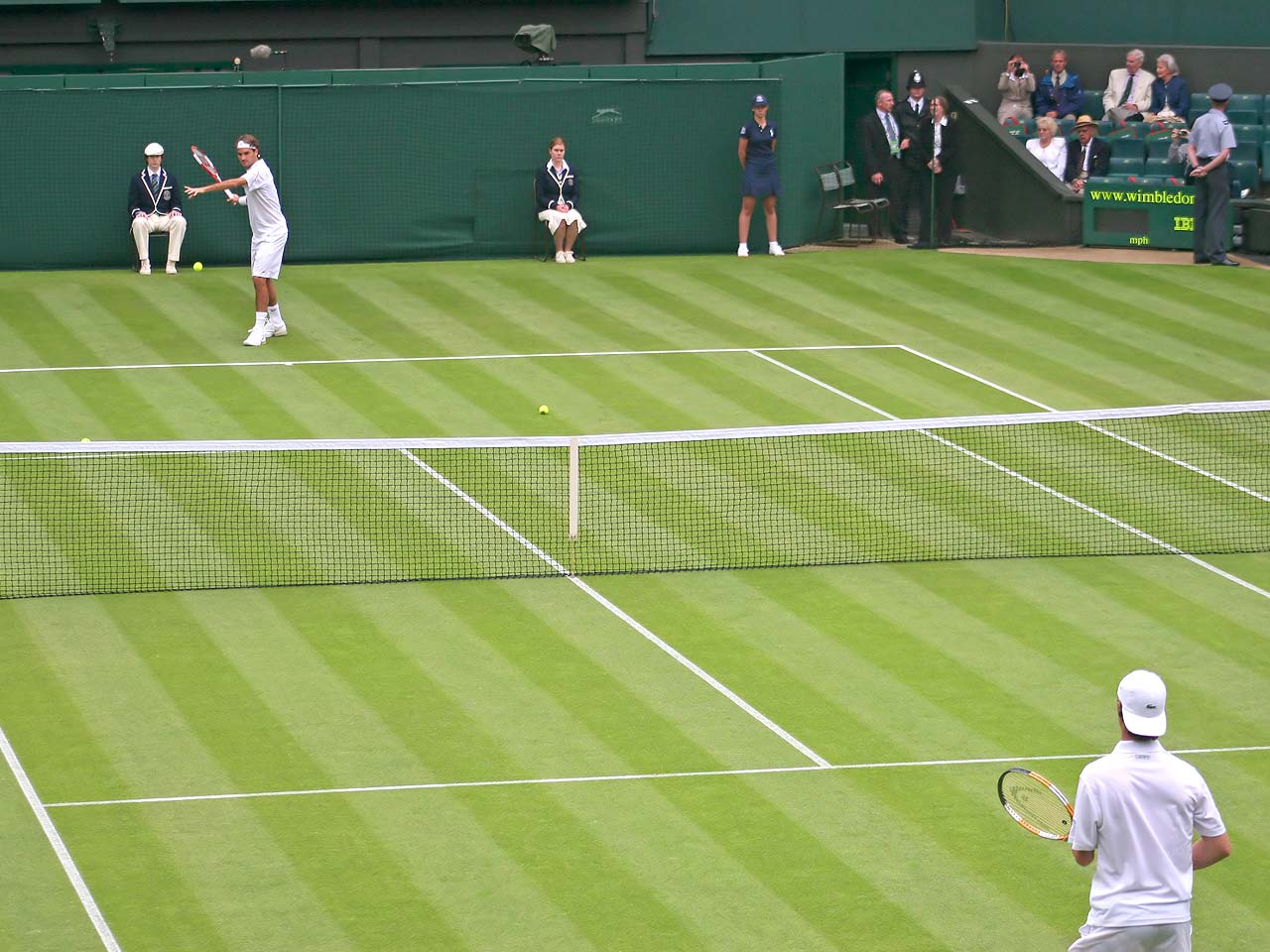 Anyone of you who had seen the game from Wimbledon man session yesterday, between Djokovic and Kevin Anderson, would have gone crazy and out of mind and explanation. Djokovic turned back, after loosing 0-2 sets and made the game to go to last 5th set and even took it with 7-5 games.

The conclusion after this game, especially for me , is that Djokovic is hell of a good player. What he did is a bravery. I had watched many wonderful men and women, but he did the incredible things and made returns and plays, that only Gods are only capable of.

Just or the stats after Kevin Anderson took the first 2 sets, he did have 16 aces. It is also magnificent, meaning that you are playing versus the best, and you would have been capable to lay on a 150% of your abilities. Than Djokovic revived and took the other 2 sets : 6-1 and 6-4, and than darkness fallen down.

Second part of this dramatic game, was played yesterday. Everyone of the players took the game, he was serving in. Than Djokovic made a break and you perfectly know what happened at the end. All the crowd on the central court + all the fans in front of the TV ‘s were on their legs , shouting probably for the best tennis player ever born.

Actually I am a keen fan of Rafael Nadal, but after many injuries he had , he is not the same machine and magnificent “maestro” as he was back in the days. Federer is the genius, who never does sleep and he also has one of the most precise backhands and forehands. Andy Murray is gaining confidence with every game he plays. Dimitrov changed his trainer.

Among this wonderful tennis players, there is one name who is shining that bright, that could be seen and recognized in the whole universe – Djokovic . He is definitely a human, but the grand and marvelous plays , he made in his match with K. Andersson were blessed by God.

Let’s hope we could watch the magnificence of the Serbian player for many years ahead..